The first day of spring is one thing, and the first spring day is another. The difference between them is sometimes as great as a month.

This is officially the snowiest April of all time in Minnesota’s history. As of April 19th we are at 41.7″ of snow for the month and even though some of us received over 20’’ of snow in the last 24 hours, I am choosing to remain optimistic that this cold system will break and our normal temperatures will return. 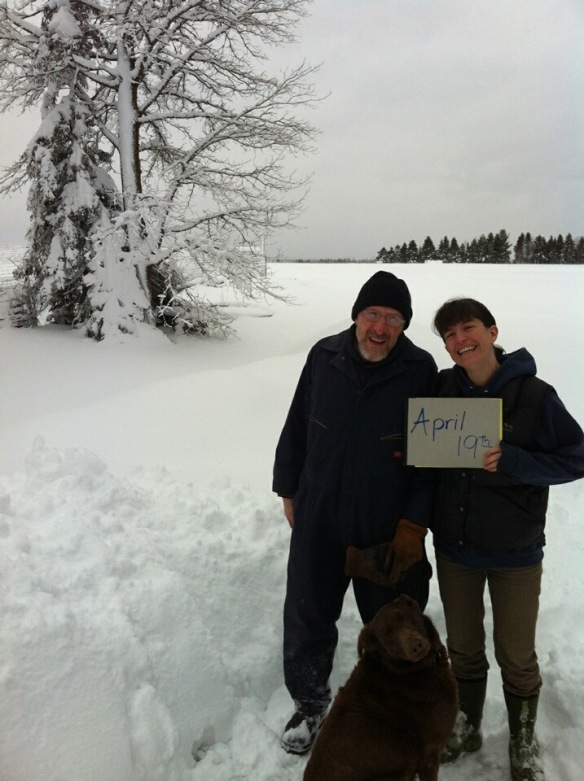 Though this has been a difficult spring, we have been very active in the greenhouses. Today we were busy seeding our third planting of brassicas for the summer shares.

Our first planting of greenhouse tomatoes was scheduled to be on Monday, but we are going to wait a week or more until our overnight temperatures are a little warmer before sending them off to their more spacious homes.

Also, our first planting of brassicas was scheduled to be outside today, but I think we are going to hold off on that for a bit. In the mean time we have been keeping them as cool as possible in the greenhouse to slow down their growth and they are remaining healthy and waiting patiently. 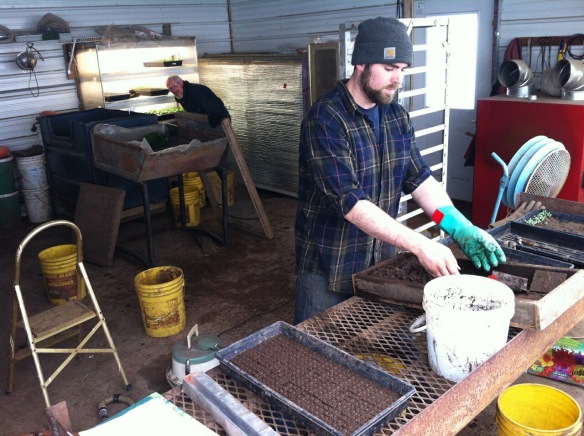 This week we began another round of tomato grafting experiments. This has been an interesting addition to our greenhouse operations. To do this we choose two different varieties of tomatoes. One is characteristically known for devoting a greater amount of its energy into producing leaves, stems and roots and the other to devoting a higher amount of energy into the their flowers and fruit. We cut the young plants just below their cotyledons at a 45ᵒ angle and join the two stems with a silicon grafting clip. We then put them in a dark, humid 80ᵒ healing chamber for 24 hours. Following this, we then slowly re-introduce them to light and in a few days we begin transitioning them to normal greenhouse conditions. If successful, the addition of this practice should mean more tomatoes for you in the coming years!

Northern Minnesota and Wisconsin has been my lifelong home so the extended winter-like weather is really not a surprise; however, we will be happy to see the snow melt, fields clear and begin preparing the land for sowing.

Today’s morning sun has been a touch of encouragement.

For the farm crew,